In collaboration with The Waterford Academy of Music & Arts, the Spraoi festival welcomes an injection of hip-hop, new music, dance, and interactive entertainment from WAMA @ Wyse Park. From 2pm-6pm on Saturday and Sunday there’ll be a wide array of events on offer in this lovely park area of the city centre.

The park will host opportunities for graffiti, DJs scratching and playing, MCs rapping, brass instrumentalists and street dancers getting down. There’ll be performances from Aye starring Toby Omoteso, Akasha Movement, Synergy Dance Club, and Limerockers Cru. There’ll be live music from WAMA Drummers, The Shed, No Clue, The Black Roses, Mixing Spirits, Raya Mae, Oran Byrne, and Squish The Kid. And there’ll also be live interviews with some of the amazing street theatre artists who’ve come to Spraoi from all over the world, streaming live on Spraoi’s YouTube channel at www.youtube.com/spraoiwaterford.

Come along and join in, or just sit and watch the fantastic array of acts on offer. 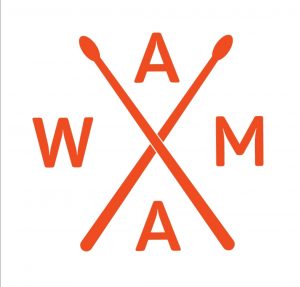 Born out of The Waterford Academy of Music & Arts, the WAMA Drumming Band will thunder in to the Spraoi Festival this August with their unique blend of toe tapping beats and head bopping grooves. With influences from Rock, Techno, Metal and Hip Hop, expect energy, noise, and fun! Cain Byrne and Liam Frampton are an emerging acoustic duo from Waterford City. Heavily inspired by britpop bands such as Oasis, The Verve and Pulp, as well as classic rock from the 60s,70s such as The Kinks, and Dire Straits. When they’re not knocking out cover tunes, they’re busy writing their own music. They’re really looking forward to performing at Spraoi in Wyse Park. The Black Roses are a promising young 5-piece Rock/Metal band from Waterford. They have played in several venues around the city including The Theatre Royal, Imagine Festival, and the LIT Festival to name but a few. Since forming in 2020, they have been working hard writing their own music and honing their skills to the next possible level. 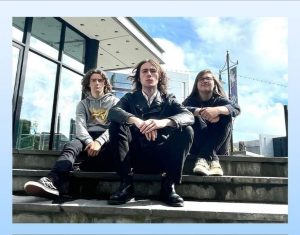 Oran Byrne is a singer-songwriter based in Waterford, Ireland. Byrne quickly exploded onto the Waterford music scene in 2021 with his hit single ‘Paranoia’. After releasing four singles consecutively throughout 2021, Byrne released his debut album ‘Moving Forward’ on May 6th, 2022 – an eight-track album which explores themes such as fear, loneliness, and abandonment, accompanied by rich, uplifting, upbeat, and sometimes, gloomy, haunting melodies. His biggest influences both musically and lyrically are The Beatles and Arctic Monkeys. This is particularly evident in his song writing, as he tends to embrace the rich harmonies that defined The Beatles in his own music, coupled with the softly sung poetic lyrics that John Lennon and Alex Turner are noted for. Conor O’Driscoll aka Squish The Kidd is a rapper from Waterford Ireland who takes pride in creating a unique and energetic sound with music inspired by the likes of Juice Wrld, Zillakami, Joey Badass, Midwxst and others! He is excited and passionate about performing in Spraoi!

The Shed are a 4-piece indie rock band from Waterford Ireland. Influenced by modern indie music, The Sheds energetic, youthful sound has been compared to these influences with Our Sound Music describing the single ‘Slipstream’ as “evoking Viola Beach”. The Shed have featured on a number of Irish radio stations including Radio Kerry, WLR FM and KCLR as well as a number of independent online stations. The Shed pride themselves on their live performances and their songs describing themselves as a “live band more so than a record band” and their sound speaks to this goal. The band has played around Ireland in Cork, Limerick and Waterford and headlined venues such as Pharmacia, The Vic and An Spailpín Fánach. Mixing Spirits are a brand-new outfit from Waterford, influenced by rock, funk and pop. They love to play covers from the artists that influenced them, as well writing their own music. They’re really excited to play in Wyse Park at Spraoi!

Raya Mae a sixteen-year-old female artist living in Tramore, Waterford. She’s a singer/songwriter who released her first single in May 2022. Both lyrically and musically, she tends to write more pop/punk rock music.

This website uses cookies to improve your experience while you navigate through the website. Out of these, the cookies that are categorized as necessary are stored on your browser as they are essential for the working of basic functionalities of the website. We also use third-party cookies that help us analyze and understand how you use this website. These cookies will be stored in your browser only with your consent. You also have the option to opt-out of these cookies. But opting out of some of these cookies may affect your browsing experience.
Necessary Always Enabled
Necessary cookies are absolutely essential for the website to function properly. These cookies ensure basic functionalities and security features of the website, anonymously.
Functional
Functional cookies help to perform certain functionalities like sharing the content of the website on social media platforms, collect feedbacks, and other third-party features.
Performance
Performance cookies are used to understand and analyze the key performance indexes of the website which helps in delivering a better user experience for the visitors.
Analytics
Analytical cookies are used to understand how visitors interact with the website. These cookies help provide information on metrics the number of visitors, bounce rate, traffic source, etc.
Advertisement
Advertisement cookies are used to provide visitors with relevant ads and marketing campaigns. These cookies track visitors across websites and collect information to provide customized ads.
Others
Other uncategorized cookies are those that are being analyzed and have not been classified into a category as yet.
SAVE & ACCEPT