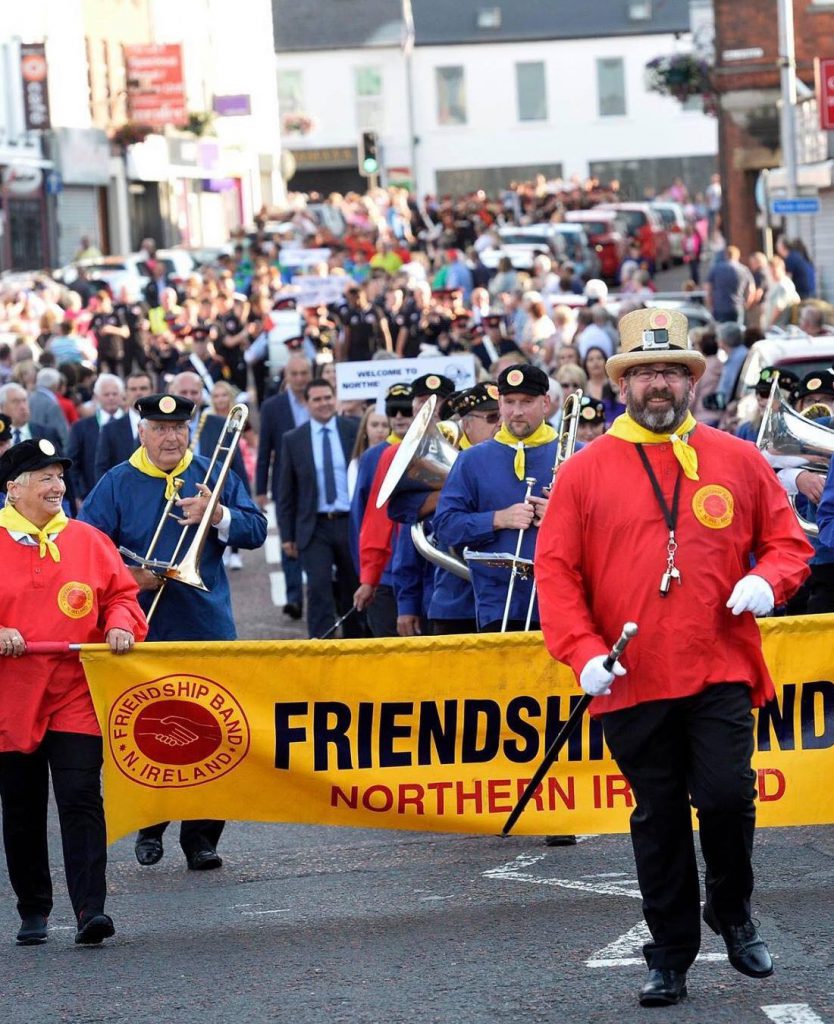 Formed at the height of the troubles in Northern Ireland during the mid-seventies, the aim of this band was to bring together a group of musicians to perform for both sides of the community, as well as North and South of the border. They not only achieved this, but have subsequently performed all over the world.

The full band is made up of 30 or more players from various brass bands throughout both Northern Ireland and the Republic, who come together regularly to entertain at major festivals and events.

We use cookies to ensure that we give you the best experience on our website. If you continue to use this site we will assume that you are happy with it.OkNoPrivacy policy
You can revoke your consent any time using the revoke consent button.Revoke consent