Five bands take to the streets, each performing at a chosen spot before converging on John Roberts Square

What a great way to kick off Spraoi 2019 in style!

Spraoi has a special focus on street music at this year’s festival, with some amazing street bands in the city over the three days of the festival.

On Friday evening five of these bands take to the streets, each performing at a chosen spot, in their own inimitable style, before converging on John Roberts Square for a show stopping finale followed by The Big Bang. Go watch one, or all of them! Parade with them to JR Square ! It’s a celebration of street music, with a difference. 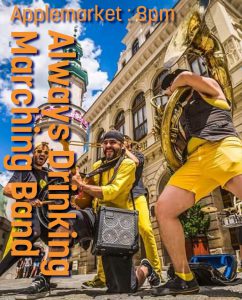 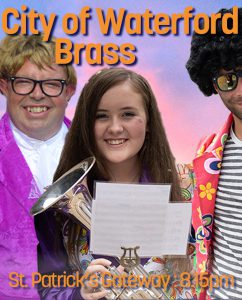 Based in Barcelona, their name refers to the Mediterranean way of life – socializing in the streets, hanging out with friends in the squares, having some beers and tapas 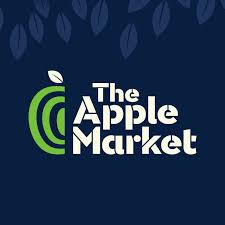 A special festival set featuring the hits of ABBA. They’ll be suitably seventies dressed, and have plenty of audience interaction 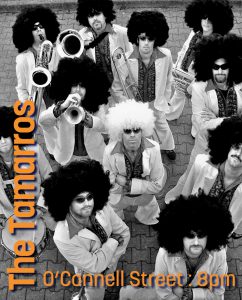 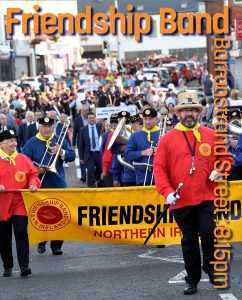 Summon up that disco fever! This is a marching band like no other, dressed up with wigs, mirrored sunglasses, flared trousers and a rainbow of glitter and sequins.

‘Carnival’ style entertainment, with an upbeat choice of music and striking uniforms 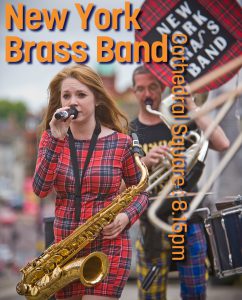 Blurring the line between band and audience, they invite the crowd to become part of the show, dancing on tables or congaing under the stars. A 7-piece packing a powerful punch of relentless drums, rumbling tuba and wailing horns.

Be prepared for fast and furious percussion, high energy grooves and smokin’ hot base lines from this creative, local, percussion group. Born out of Waterford Academy of Music and Arts, since their formation this group has continually astonished with the quality of their live shows. It’s thunderous pandemonium! They ain’t called ‘The Big Bang’ for nothin’!